Cinequest fuses innovation with the arts to empower great creations and to connect audiences, youth, artists, and innovators with these creations and with each other—forging community, joy, and our future. Set in Silicon Valley, Cinequest’s uniqueness, impact, and legacy result from applying this powerful integration of creativity, technology, and community to inspire and transform lives. Cinequest does this through the Cinequest Film & Creativity Festival, Maverick Studio, and Picture The Possibilities youth services. 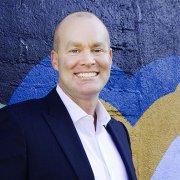 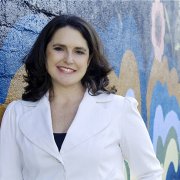 Voted Best Film Festival by USA Today Readers, the 2020 edition of Cinequest will do as much with Film & Technology as ever while expanding to include additional creative experiences such as virtual and augmented realities, fashion, writing, television, dance, art & design, a creativity summit, and more!

Set in the home of the world’s most influential media technology companies (Apple, Cisco, Facebook, Twitter, Netflix, LinkedIn, Zoom etc…) Cinequest empowers global connectivity between creators, innovators, youth, and audiences. Cinequest has led the world in its showcase and implementation of the innovations that have revolutionized creativity and filmed media.

Over 110,000 attend Cinequest from all walks of life, connecting with great art, tech and each other. Cinequest’s renowned hospitality makes the festival experience as warm and personal as it is electrifying. Cinequest presents 300 films and virtual-augmented reality (130+ of which are World and U.S. Premieres), groundbreaking innovations, creativity forums—plus fashion, writing, comedy, dance, music, and art. 1,100 artists, innovators, and youth present from over 50 countries each year.

What People Are Saying...

"I think the most important thing about Cinequest is it's definitely the first time I've ever come to a festival where my immediate reaction is, 'What do I have to do to be invited back?' and that's not normally my reaction. It's a perfect film festival in a glorious place." — Neil Gaiman, Maverick Spirit Award Winner

"Move over Cannes! Of the more than 4,000 film festivals around the globe, more than half take place on U.S. soil, and many rank among the best of the best. Our panel of film experts, movie buffs and festival gurus were tasked with narrowing down the field to the best 20 film festivals in the nation before we turned it over to USA TODAY and 10Best readers to choose their favorites. After four weeks of voting, we have a winner. Cinequest Voted Best Film Festival!" — USA Today

"This festival is one that sets the trends and is actually ahead of the trends. Other festivals are copying Cinequest; I see it all the time." — Chris Gore, Ultimate Film Festival Survival Guide and Film Threat

“If you can get away to San Jose at the end of the month you will be blown away by their Cinequest Film Festival. It is going to be a state-of-the-art digital extravaganza like you’ve probably never seen.” — Harry Knowles, Ain’t It Cool News

“Technology always drives the film business. In Cinequest, we have a good window on the future. I think they’re leading the world in this regard.” — Peter Belsito, Executive Vice President, Film Finders

"At Cinequest you often haven't heard of the film before you go see it, but the audiences come anyway. That's a testament to the festival -- that audiences are willing to take that leap of faith."
— Kenneth Turan, Los Angeles Times

Picture The Possibilities. Picture It. Create It.

Picture The Possibilities empowers global youth with the tools, confidence and inspiration to form and create their dreams from art to science--driving an optimal future…for all of us. PTP provides youth with the following opportunities and creative power:

Picture The Possibilities empowers youth to voice their reality, picture a desired future or dream, and access their capacity to make that dream real. It empowers, inspires, and gives an opportunity for improved lives and an improved world forged from the powers of creativity and innovation.

Cinequest is a 501(c)3 non-profit organization. For information on our financials, please click below.

Your support empowers our team >