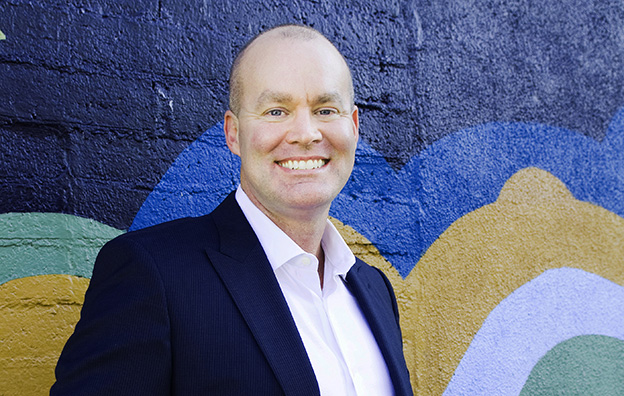 Halfdan (hallf' dun) Hussey is the Co-Founder and CEO of Cinequest Inc. and Creatics Enterprises Inc. Set in Silicon Valley, Cinequest fuses innovations with creativity to empower youth, artists, audiences, and innovators globally. He is also a renowned writer and film producer. His passion for creating positive and transformative impact in our world is ever-present in his work. Named one of the 25 people who most dramatically changed the Silicon Valley over the past 25 years, Halfdan is a recognized leader in art and technology. Having produced five films, written two books, and successfully built companies, Halfdan demonstrates his love for the worlds of leadership and creativity and youth empowerment.

"Strength comes from the people involved and how great their passion and skills are. The leaders of Cinequest have both of those. That's why it's been with us for some time and will still be here long into the future." - Steve Wozniak (Co-Founder, Apple Inc)

"Ultimately, He's Still There is a sincerely great movie full of feeling and aspirations. Halfdan Hussey demonstrates not only an idea but also a remarkable ability to translate an idea to film. Halfdan Hussey is not only a 'goodfella' but a young bravo regazzo. Above all he is a bravo regista (great director)." - Francesco Carrara, Venice Film Festival (Il Piccolo)

Halfdan then co-founded and developed Cinequest in the Silicon Valley to empower creativity and innovation. Cinequest was recently named Best Film Festival by USA Today Readers and has been hailed as the place where you will "find the future of film" by The Ultimate Guide to Film Festivals. Cinequest’s renowned Picture The Possibilities inspires global youth to picture their vision for their life and create it.

His first novel, To The Dogs, and his motivational book, 7 Powers of Creating, showcase his passion for the written word and storytelling.

Halfdan continues to balance his creative work and business with a lifelong passion to empower others to create and live the lives of their dreams.